What Is An Usherette Tray?

An usherette tray is a tray which sits horizontally on front of the wearer, supported by a strap around the back of the neck which attaches to the sides of the tray. The tray enables products / product samples to be displayed and carried to their required location. The strap around the neck allows the holder of the usherette tray to have their hands free so that they can sell the products from the tray / distribute samples. Usherette trays can be branded with the colours, logo, sales/promotional messages of a particular company, organisation, product, or campaign. 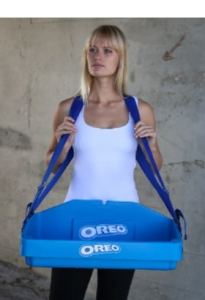 The history of usherette trays dates back to 19th century where they were used in theatres and cinemas and the trays took their name from the usherettes who worked there. Cinemas and theatres have traditionally used usherettes to perform a number of roles including cashier, checking tickets, showing customers to their seats. The heyday of usherettes was really from the 1930s-1950s when being an usherette was a sought-after job. Unlike many other jobs available (to women) at the time it had links to the glamour of Hollywood, the silver screen, and the big movie stars of the day.

The usherette trays/vendor trays were used as a portable sales tool to allow cinema and theatregoers to buy products in intervals without having to leave the auditorium during performances. The kinds of products sold in cinemas and theatres from usherette trays at the time included ice creams, nuts, chocolate, popcorn, sweets, and even cigarettes (smoking was allowed in cinemas) and other sweets. Although cigarettes were also sold from the until the late 1990s the UK’s smoking ban in 2007 stopped this.

The Usherette Trays Of Today

Usherette trays/vendor trays are no longer used in just cinemas and theatres and have evolved into a marketing tool that can be completely customised. Today’s usherette trays can be made to now able to reflect all manner of branding, innovative and eye-catching versions are used at all kinds of events, retail spaces and more. The combination of the tray, the person holding the tray, the visuals of the branding, the fact that it is a mobile promotional tool, pleasure/reward-seeking behaviour, and the attraction of the products still provide a level of interest, intrigue, contrast, and excitement that draws people towards anyone with an usherette tray thereby making them highly effective.

What Types Of Usherette Trays Are There?

The different types of usherette trays include:

– Plastic sampling trays. These polyethylene moulded trays represent a convenient and cost-effective way to efficiently distribute products and samples e.g., at trade shows and events, and to communicate up close with customers. The hands-free mobile vendor trays can carry 10kg of stock securely and custom branding can increase their overall effectiveness as a marketing tool. 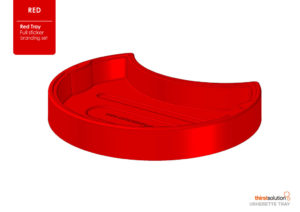 – Deluxe sampling trays. These trays, made from durable polyethylene, can also be fully branded and customised and can carry Up to 15kg of stock. 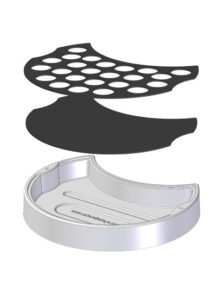 – Wicker Sampling Trays / Usherette Trays. These premium rustic looking trays are made from handpicked, woven willow and combine style with functionality, as well as being a greener alternative. These wicker trays are great for experiential campaigns, have a food-safe varnish making them hygienic and easy to clean, incorporate the latest reverse-harness technology, and can be fully branded. 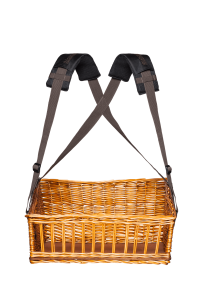 How Usherette Trays Can Be Custom Branded

Plastic usherette trays can be made many different colours. The swatches for our trays are available as a pdf download on our branding options page. There are also specific areas of the trays to which artwork /logos can be added. For example, the front strip – 420mm x 54mm, the tray sides – 140mm x 70mm, and the inside back of the tray – 200mm X 100mm. 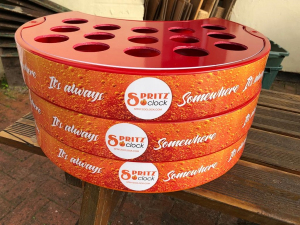 Some usherette tray suppliers specify a minimum order which can prove to be prohibitive. With usherettetrays.com, however, there is no minimum order, and we ship worldwide to 110 countries.